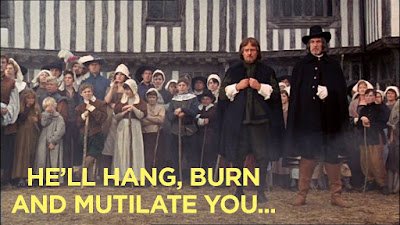 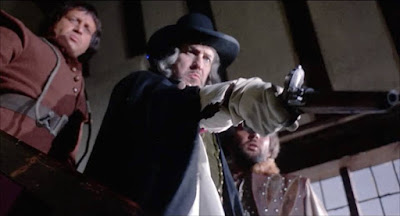 And if you fancy visiting the original film locations of Witchfinder General, then why not join myself and Victoria Price on Sunday 8 November. Last remaining tickets can be found here:
https://www.eventbrite.co.uk/e/witchfinder-general-lavenham-and-kentwell-hall-film-location-tour-tickets-17001188011 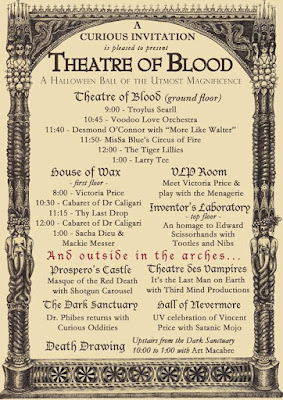 Posted by Peter Fuller at Thursday, October 29, 2015 No comments:

From acclaimed British illustrator Graham Humphreys comes this fantastic poster commemorating Vincent Price's UK film legacy. Can you spot all the classic movies from the Master of Menace?

This poster has been designed exclusively for the Vincent Price London Legacy Tour taking place in the capital in the first week of November and will be available for sale at the Vincent Price: Master of Menace, Lover of Life event presented by Victoria Price on Friday 6 November. Only a couple of tickets remain for this event, so head over now if you want to join us: https://www.eventbrite.co.uk/e/vincent-price-master-of-menace-lover-of-life-talk-and-film-screening-tickets-16997954339 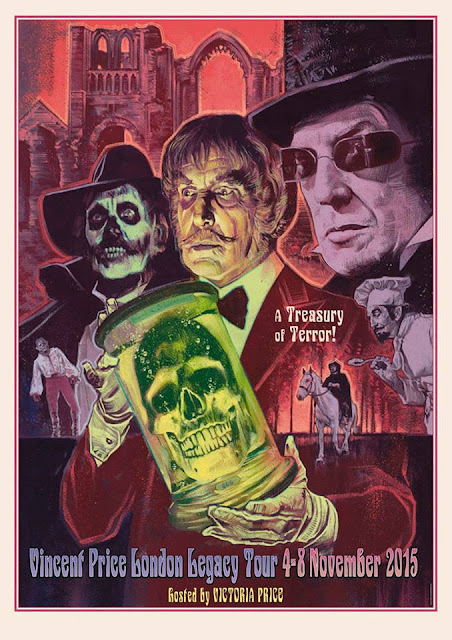 You can't have enough Vincent Price - especially around Halloween. With the Vincent Price London Legacy Tour kicking off on Wednesday 4 November and going on until Sunday 8 November, and the Theatre of Blood-themed Halloween Ball happening next Friday night (30 October), here's one more priceless event to add to your diaries. 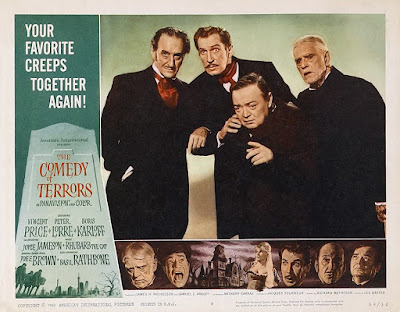 On Tuesday 3 November, The Poplar Film Club in East London is screening the 1963 classic The Comedy of Terrors, preceeded by the UK premiere of the wicked Canadian tribute The Unauthorized Hagiography of Vincent Price, at a brand new pub near Bromley-by-Bow station. It's FREE and the show starts at 7pm with an introduction by yours truly.

And if you fancy a bite, they'll also be some Frankenweenies (hotdogs!) available between screenings for a fiver. 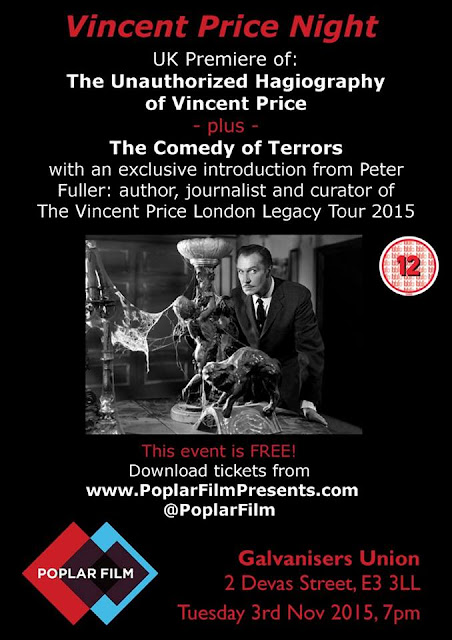 On Friday 6 November, Victoria Price will present a London exclusive presentation on her father, the iconic horror actor Vincent Price, which will be followed by a screening of the cult 1970 sci-fi Scream and Scream Again. This event is almost sold out (with only one ticket remaining), but there's still a chance for you to attend with this fantastic competition being held by Hemlock Books. Check it out below. 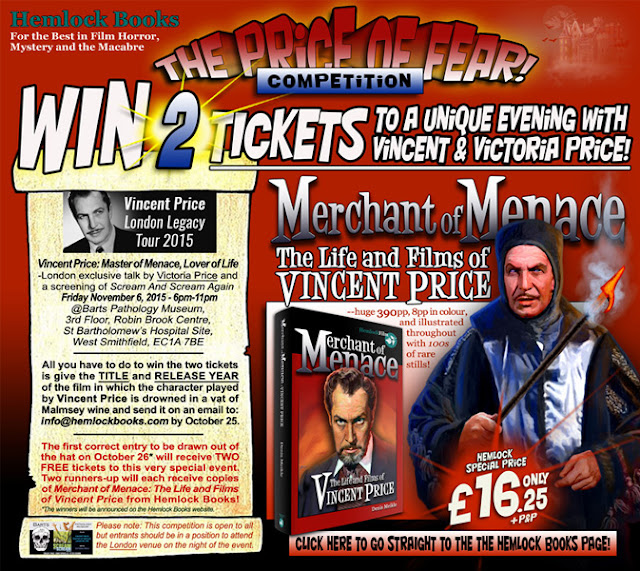 Posted by Peter Fuller at Tuesday, October 20, 2015 No comments:

To celebrate the UK launch of Mary and Vincent Price’s 50th Anniversary Edition of A Treasury of Great Recipes, Silver Screen Suppers are inviting you to a cookalong – wherever you are in the world – whenever you have a moment to cook!

Simply select one or more of the recipes below (or any other from the Treasury if you are lucky enough to have a copy), and post a Treasury themed blog entry before midnight on Saturday 7th November 2015.

The 50th Anniversary Edition will be launched on that date in Harrods in London (one of the London venues Mary and Vincent write about in the Treasury) which will be attended by Victoria Price who will be signing copies of the new version of the book that day.  There are only a handful of places left for the tour of the food halls and brunch – join us!

Now then, for the COOKALONG! You are welcome to join in, even if you don’t have a blog, just send Jenny at Silver Screen Suppers pictures of the dish you cooked and a little description of your enjoyment of it, and she will include you in a blog post.  You can find the link below in Rules.
Here are a selection of dishes you could try, with links to the recipes courtesy of Silver Screen Suppers.  All the recipes can be found at the bottom of each linked post, choose one or more of these, or something else you fancy from the Treasury: 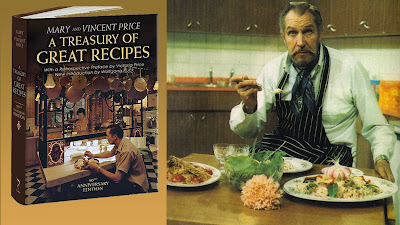 PRIZES!
• There will be a grand prize for the blog post that best captures the spirit of Mary and Vincents’ love of sharing great food with good friends.  Entries will be judged by Vincent and Mary’s daughter, Victoria.  A copy of A Treasury of Great Recipes signed by Victoria will be sent to you, wherever you are in the world!

• Second prize will be a Treasury of Great Recipes themed dinner for two at Silver Screen Suppers Towers in London.  Fear not if you are far away from London, as Jenny will send you a glorious package of British food goodies instead!

HERE'S WHAT YOU DO!

1 – publish your post anytime between now, and midnight on the 7th November 2015, which is launch day for the book here in the UK.
2 – send me a link to your post as soon as it is live via the Silver Screen Suppers Contact page – please include your name, your blog name, the country in which you reside, and the name of the dish(es) you have made.
3 – in your blog post please include the following links (you should be able to just copy and paste as a block):
Vincent Price Treasury Cookalong with Silver Screen Suppers
Cooking With Vincent Website – for details of celebratory events in the USA
Vincent Price Legacy Tour – for details of celebratory events in the UK
Amazon Page for the 50th Edition of A Treasury of Great Recipes
Treasury of Great Recipes Facebook page
Silver Screen Suppers Facebook page

4 – feel free to invite others to join in, and use the Treasury Cookalong button (at the head of this post) with gay abandon on your website, in tweets, and on all and every social media platform!

5 – if you tweet, the hashtag for the Cookalong is #TreasuryCookalong – the official Vincent Price twitter handle is @masterofmenace and Jenny's is @silverscreensup

So what are you waiting for? Time to cook up a storm!
Posted by Peter Fuller at Wednesday, October 14, 2015 No comments:

Witch Hunt: A Century of Murder | Channel 5's grisly documentary is a must-see 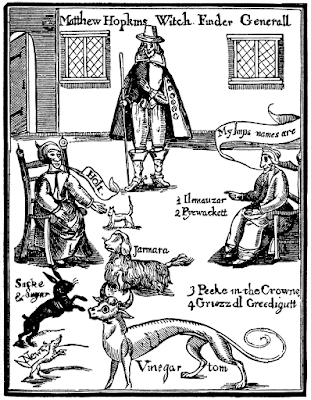 On Channel 5 in the UK tonight at 9pm, Witch Hunt: A Century of Murder finds Suzannah Lipscomb investigating the original of the obsession for mass witch gunts and trials that swept the British Isles during the 17th century.

The two-part documentary ends next week with a profile of Matthew Hopkins, the opportunistic puritan witch-hunter who transformed paranoia about Satanism into a lucrative business as he hanged hundreds of people for crimes they could not possibly have committed.

Making use of contemporary reports, Suzannah paints a portrait of a man who believed he could cross any boundary and break any law to achieve his goals. Naming himself 'Witchfinder General', Hopkins toured the country charging fees for his services, but Suzannah's research reveals that ultimately, the public's distaste for witches was not as strong as its hatred of being conned by charlatans.

Hopkins would eventually die of tuberculosis in relative obscurity, but his malign legacy lived on across the Atlantic, as witch-hunts began in Salem, Massachusetts. 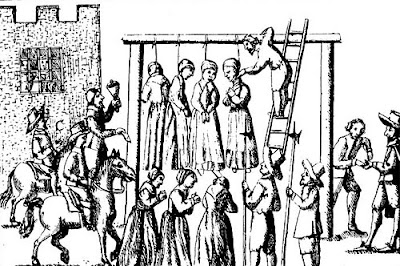 The real story of Hopkins and the English witch trials will also feature in a special talk being conducted during the Vincent Price London Legacy Tour on Sunday 8 November when I shall be taking a group on tour to Lavenham in Suffolk, the real-life setting for the 1968 horror classic Witchfinder General, starring Vincent Price as Hopkins.

Tickets for this tour are almost sold out, so if you want to join me then click here or on the photo below to book your tickets now! 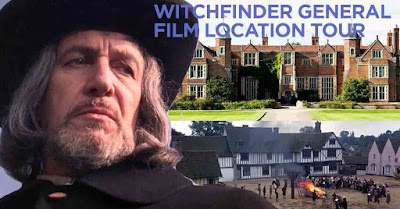 50 Years Ago Today! | Vincent Price appeared on The Man From U.N.C.L.E. 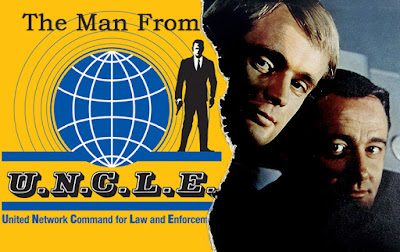 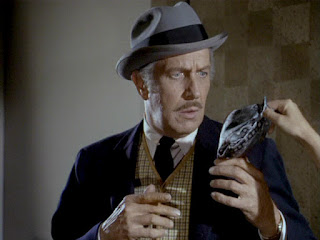 On October 8, 1965, Vincent Price guest starred in one of the best episodes of the 1960's US spy series, The Man from U.N.C.L.E, the second season case called The Foxes and Hounds Affair, in which UNCLE and THRUSH compete for a mind-reading machine.

In this episode, llya tries to obtain a thought-reading device from a magician but THRUSH agents Victor Marton (Vincent Price) and Lucia Belmont (Patricia Medina) are also after it. Mimi Doolittle (Julie Sommars), the magician's assistant, is drawn into the chase, and Solo is sent on a wild goose chase to distract Marton, complete with an exploding handkerchief and an untimely sneeze. 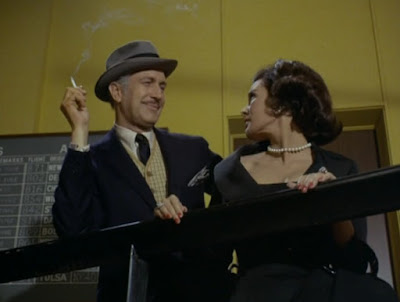 'Have our little plans gone askew, Miss Belmont?'
Reportedly, the story was originally written to have Victor Gervais (Cesar Romero's character in The Never-Never Affair) as the lead villain. But a new Thrush chieftain is used instead, in the person of Price's Victor Marton. Price is excellent, particularly in his scenes with his rival THRUSH operative (Patricia Medina, who appeared in 1948's The Three Musketeers, which also featured Price, and was the second wife of Price's The Abominable Dr Phibes co-star, Joseph Cotton). 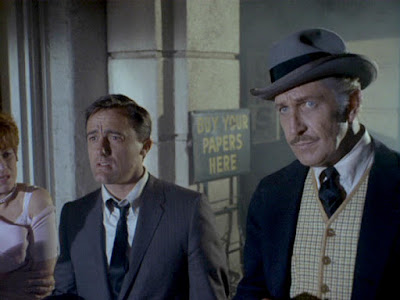 The episode also boasts an excellent Robert Drasnin music score. Especially good is his theme during the pre-credits sequence and at the start of Act I. This piece of music would be re-used constantly during season two. The script by Peter Allan Fields, from a plot by Eric Bercovici, is extremely witty with some great one liners, including a scene where Waverly motions to Marton that it's time to be locked up. Marton protests Waverly is too good to do such a thing. 'Victor', says Waverly, 'No one is all good.' 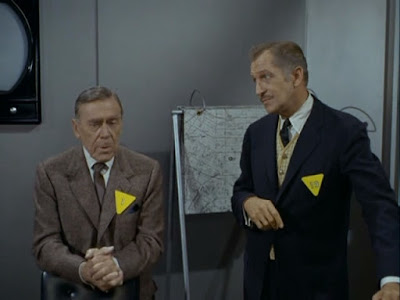 Email ThisBlogThis!Share to TwitterShare to FacebookShare to Pinterest
Labels: The Fox and Hound Affair, The Man from U.N.C.L.E. 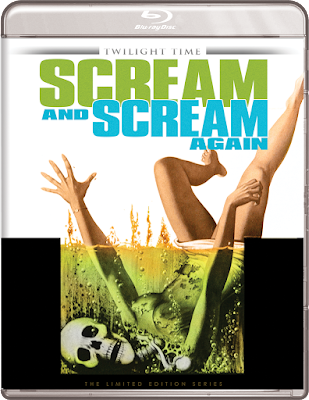 Very excited about the forthcoming US Blu-ray release of Scream and Scream Again from Twilight Time Movies, which will be region free (yeah!) and will include an Isolated Score Track of the fab soundtrack; audio commentary with film historians David Del Valle and Tim Sullivan; the featurette Gentleman Gothic: Gordon Hessler at AIP; plus an interview with Uta Levka; still gallery, radio spot and original theatrical trailer. 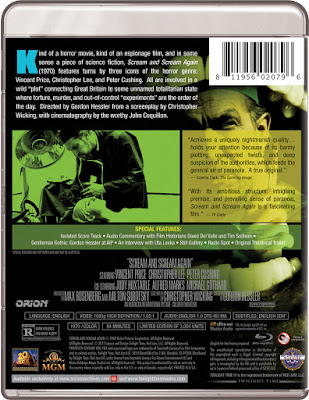 And the best news? This new digital Blu-ray print that will also be screened as part of the Vincent Price London Legacy Tour on Friday 6 November, which will follow Victoria Price's special presentation on her father's career at Barts Pathology Museum in the dead heart of old London town. Tickets have almost sold out for the event, so if you are planning on coming along, click on the photo below or HERE now to book your tickets. 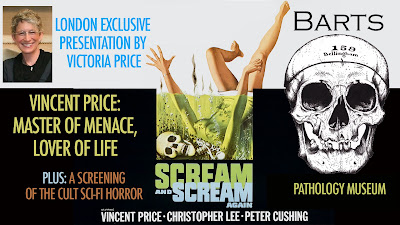 Posted by Peter Fuller at Tuesday, October 06, 2015 No comments: 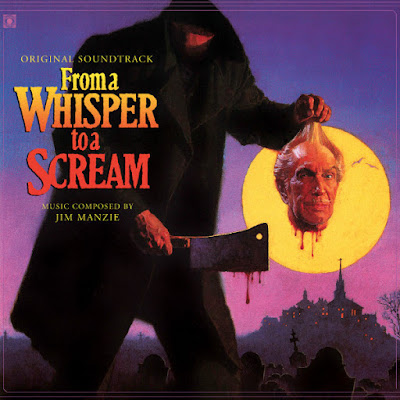 From Terror Vision Records & Video in the US comes their second release, From a Whisper to a Scream by Jim Manzie.

Here are the release specs:

These will hit well-curated shops on Oct 16th but you can pick them up now from here.
Posted by Peter Fuller at Monday, October 05, 2015 No comments: 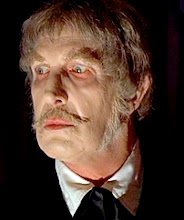 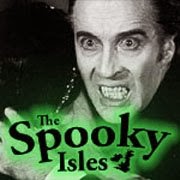 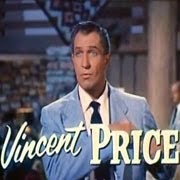 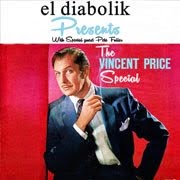